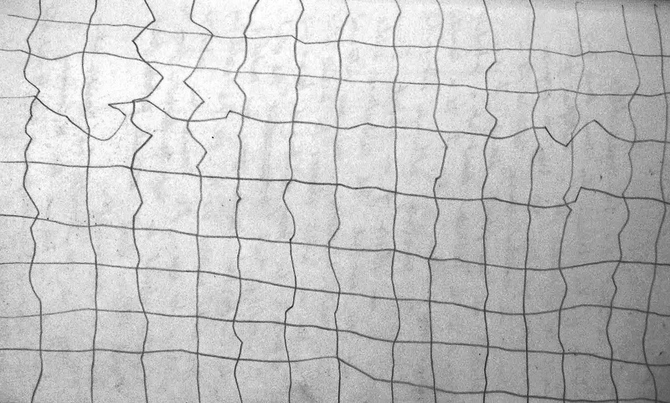 Grid drawing: drawn on train between Derby and Birmingham 12:05-12:10 15 October 2011, Pencil on paper 8x5 inches
This simple drawing illustrates a number of elements of artistic and scientific perception of the world.  Firstly its interpretation depends on a shared understanding of the concept of a regular grid. Even without the word "grid" in the title the viewer will tend to try to understand the image in terms of its relationship to something they already understand i.e. a regular grid.  All art objects exist in a context of a shared set of beliefs or concepts.  In this case the deviations from the regular grid are caused by both subjective and objective factors: my inability to freehand reproduce a regular grid and the additional problems caused by the unpredictable jolting of the train.  In some sense this could be regarded as a metaphor for life as we are pushed by internal and external factors.  In another sense this is not an abstract or conceptual drawing as it forms a record of an event at a particular time and place.  So it is a concrete drawing of something, although not in the sense of being an illusion of an object.

In art we find the subjective distortion interesting as it tells us about how the artist views the world.  The extent to which a drawing deviates from our model of the world helps us to see the world through his or her eyes.  In science we carefully control the subjective element, so that deviations from the model tell us about external forces (e.g. in a seismograph). 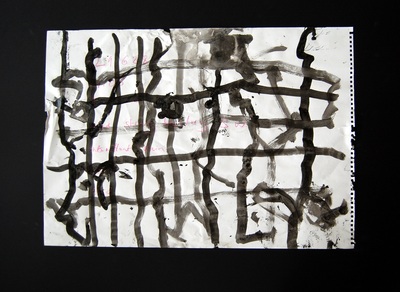 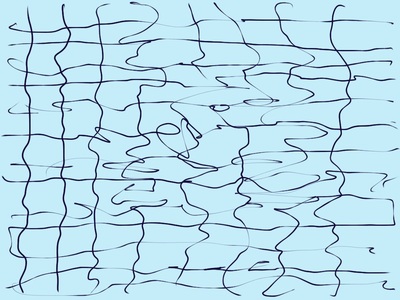 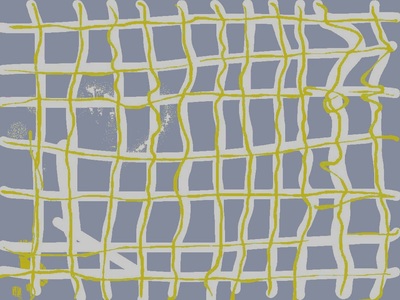