Translating the Language of Birds

This project involves building a "Bird Translator" that will listen to bird song and translate to English (or other human language) using the Solresol musical language invented by Francois Sudre from 1827 onward.  This is coded using the  "Pure Data" graphical language. The bird song is analysed and converted to musical notes in groups of four and then the words looked-up in a Solresol dictionary. The words are shown together with optional colours and music. Various different outputs and configurations are possible, outputs can be saved for further processing. The system can operate with either recorded or live sound.
Here is the Pi version. 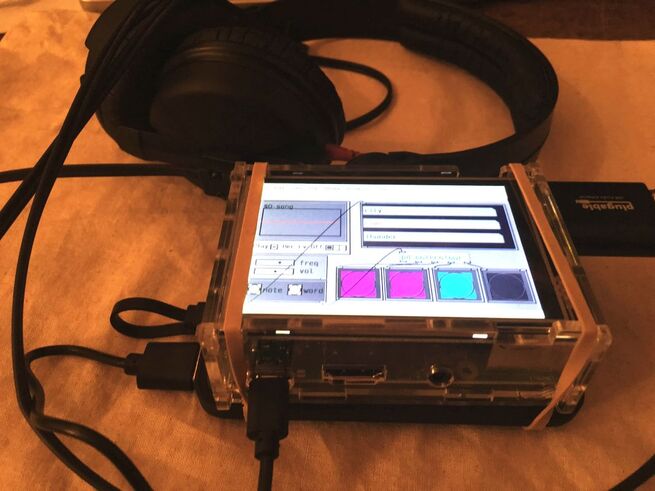 Robin at night from jim Lloyd on Vimeo.

In between the dark and the night
Dusk chorus song objectified
no self-raise imperative slander.

In eggs diversify and humidity breathe his salt.

This work forms part of my practice based PhD in Fine Art at Newcastle University funded by the AHRC, Northern Bridge Doctoral Training Partnership
​
Further developments are in progress ...